Sozopol is one of the oldest Bulgarian cities, located on a picturesque peninsula in the southern part of the Burgas Bay, 34 kilometers south of Bourgas.

Sozopol (Apollonia) is the earliest Greek colony on the Black Sea, founded in the 6th century BC.

Today it is a popular seaside resort, famous for its sandy beaches, ancient stone and wood houses from the 19th century and a romantic harbor and coastline.

With its cultural and historical past, preserved architecture from the 18th - 19th century and the annual Apollonia Arts Festival, the city today attracts many tourists. Sozopol is divided into two parts. The "old" town, located on a peninsula, and the "new" - called "Harmani" because of the existence here once of an abundance of mills.

For many decades, the narrow and steep streets of Sozopol, its old wooden houses with bay windows, vines, wine cellars, old churches and chapels, museums and fishing boats have attracted artists and writers. 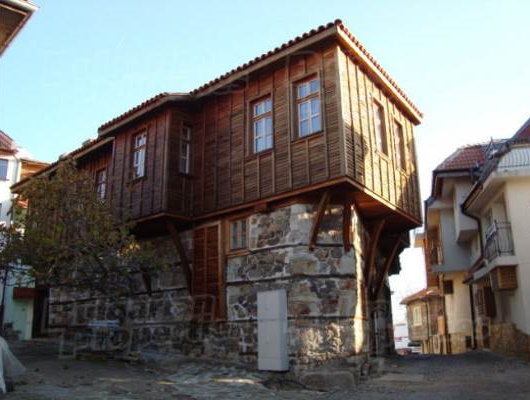 South of Sozopol are some of the most beautiful Black Sea beaches with fine golden sand. Dozens of hotels, restaurants, taverns, bars and cafes are open all year round.

Recreation and entertainment for every taste - water skiing, surfing, for young visitors-park with attractions.

This website uses cookies to improve your experience while you navigate through the website. Out of these, the cookies that are categorized as necessary are stored on your browser as they are essential for the working of basic functionalities of the website. We also use third-party cookies that help us analyze and understand how you use this website. These cookies will be stored in your browser only with your consent. You also have the option to opt-out of these cookies. But opting out of some of these cookies may affect your browsing experience.
Necessary Always Enabled
Necessary cookies are absolutely essential for the website to function properly. These cookies ensure basic functionalities and security features of the website, anonymously.
Functional
Functional cookies help to perform certain functionalities like sharing the content of the website on social media platforms, collect feedbacks, and other third-party features.
Performance
Performance cookies are used to understand and analyze the key performance indexes of the website which helps in delivering a better user experience for the visitors.
Analytics
Analytical cookies are used to understand how visitors interact with the website. These cookies help provide information on metrics the number of visitors, bounce rate, traffic source, etc.
Advertisement
Advertisement cookies are used to provide visitors with relevant ads and marketing campaigns. These cookies track visitors across websites and collect information to provide customized ads.
Others
Other uncategorized cookies are those that are being analyzed and have not been classified into a category as yet.
SAVE & ACCEPT
Powered by